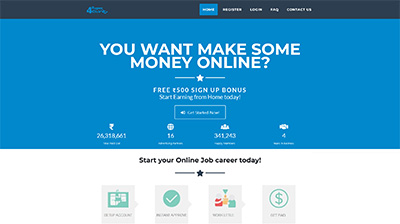 Rupee4click is reviewed by 1 customer who gave it 1.0 stars out of 5.0. Read real customer reviews for Rupee4click or write your own review. It is not very famous so you should use it with caution!

Rupee4click rating is based upon following reviews

Rupee4click is a Bunch of cheaters

Don’t even think to use rupee4click.com. They are bringing a bad name to India, I think Indian govt should take action against them. They trick you in such a way that Initially you will think you are getting money but all that money is to keep you with them. Once you try to withdraw only then you will come to know about their true reality. They are scammers and thieves. They will ask you to complete many things before you can withdraw the money you have earned like reaching certain referral number before you can withdraw which is not mentioned in their terms anywhere but they still impose their own fake rules on you.
Rupee4click is owned by a bunch of cheaters and they will through you away like a tissue paper after using you.